Crown acquires, leases, manages and redevelops commercial real estate assets across Canada. Crown has a well established track record, an experienced team and takes a hands-on approach to provide superior returns for our investors and better workplaces for businesses operating within our portfolio.

The Partners of Crown co-invest alongside the corporations, institutions, pension funds and high net worth individuals that entrust us with their capital, ensuring strong alignment of interests.

Our history and track record highlight our deep experience and strong fundamentals. Crown has grown with thoughtful, strategic expansion and succession planning to ensure the best outcome for our investors.

Crown expands into the Winnipeg market with the acquisition of a 276,000 sq. ft. office building located at the iconic corner of Portage Avenue and Main Street. The following year, Crown acquired another asset at the same intersection, bringing Crown’s total space under management in Winnipeg to just over 800,000 sq. ft. Crown ultimately sold the two assets as a portfolio to an institutional investor.

Crown introduces its first value-add fund for Canadian institutional investors. The fund is focused on identifying undervalued real estate assets and optimizing every detail of operations to maximize their potential.

Crown worked with a large tenant at Concorde Corporate Centre in Toronto to transform a large paved terrace into a rooftop “Garden in the Sky.” Inspired by a study showing that green roofs reduce urban heat, Crown partnered with the tenant to create their urban oasis. In addition to improving air quality and reducing energy consumption, the garden created 7,500 sq. ft. of useable space that is enjoyed by building occupants and the surrounding community.

We prioritize the health and wellbeing of building occupants and have earned a number of other certifications.

Crown expands its leadership team with the addition of Scott Watson, Partner Leasing & Acquisitions and the promotion of Emily Hanna to Partner, Investments.

Les and Jamie were both integral to Crown’s business, having become partners at Crown in 2002 and 2010, respectively.

At this time, Crown also introduces a governance structure and forms an Executive Committee, intended to provide counsel to the partnership. The Committee, chaired by Michael Pittana, is also comprised of the other founding partners of the firm (Stephan von Buttlar, Alan Rowe and Brian Johnson).

No. Of Employees
2016
Crown focuses on giving back for 15th anniversary

Crown aligns its interests with several organizations including Juvenile Diabetes Research Foundation (JDRF). In 2016, Crown’s 15th anniversary provided our team the opportunity to focus our fundraising efforts and Team Crown was proud to be the top fundraiser in the JDRF real estate ride, campaigning over $72,000 for the cause that affects many of our team members’ lives.

Following in the same theme of past funds, Crown’s fourth value-add fund is focused on real estate assets across Canada.

Through our Workfit by Crown fitness amenity model, we help our building occupants achieve their health and wellness goals.

WorkFit by Crown helps our building occupants live a more robust, productive and healthy lifestyle, while encouraging a stronger sense of community in each of our buildings.

2018
Crown Continues to Expand its Partnership

Longtime members of the Crown team, Gary Summers and Mark Dimmell are added to the Partnership. Each is continuing as a leader of a Crown business unit, overseeing the Operations & Construction and Finance & Reporting teams at Crown, respectively.

No. Of Employees
2019
Toronto’s first ever full-floor model suite

Over the past two decades, Crown has become known for finding value in commercial real estate assets and maximizing their potential. 5255 Yonge presented an opportunity to add value through large-scale building repositioning which includes Crown’s first, and the GTA’s largest, full-floor repositioning.

Crown also introduced its first and the GTA’s largest full-floor model suite which resulted in its successful lease-up, bringing building occupancy to 90% from 30% in just over one year.

2019 is Crown’s first year reporting on its overall sustainability strategy and specifically the performance of the assets within its Core Fund.

Crown adds a 415,561 sq. ft. portfolio of flex office space in Ottawa, Ontario. This marks Crown’s second major acquisition in the Ottawa market and motivated the establishment of an office in Ottawa.

A new management office is established in Ottawa, led by Michael Stones who is charged with building the platform in our country’s capital.

Crown and Vestcor have a long history, with Vestcor investing in Crown’s limited partnership funds since 2009. With Vestcor as an institutional partner, Crown reinforces its commitment to its fiduciary duties, good governance and ESG.

2021 marks Crown’s 20th anniversary. More than ever, Crown is committed to advancing our ESG platform and continuing to operate healthy office communities.

We invest in relationships: connecting capital with opportunities, organizations with engaging workspaces and buildings with their communities.

No. Of Employees
Our Founders

Crown was formed in 2001 as a partnership between a group of entrepreneurial real estate operators, led by Michael Pittana and Crown Life Insurance Company. Their vision was to create an integrated commercial real estate investment company focused on asset repositioning and creating value through a hands-on management approach. Through the partnership, Crown Life committed seed capital to invest in opportunities alongside private investors. 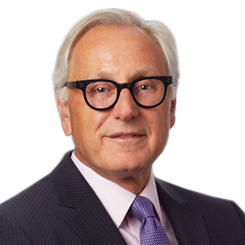 Michael co-founded Crown in 2001 and served as Managing Partner until 2014, during which time he oversaw strategic planning, corporate development, equity procurement and investor relations. Since 2014, Michael served as Chairman and member of Crown’s Executive Advisory Board. In this role, Michael provided guidance on strategic initiatives and corporate governance.

Michael has held numerous industry association positions, including serving as President, Director and Executive Advisory Board Member of both NAIOP in Washington, D.C and Canada, from which he also received the prestigious Community Service Award (2019). Michael assisted in establishing the Urban Land Institute (ULI) in Canada and served as one of the first Directors of Canadian Real Estate Investment Trust (TSX:REF.UN.CREIT). For a number of years, Michael served on the Board of Directors and as Treasurer of the group of Humber River Hospitals, the Sony Centre for the Performing Arts, and on the Board of a U.S. based student housing provider. 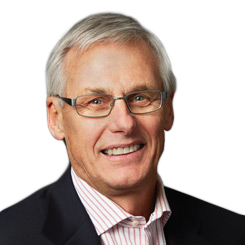 Stephan co-founded Crown in 2001 and led the Asset Management and acquisition due diligence functions for the partnership. Since 2014, Stephan served on Crown’s Management and Investment Committees, and Executive Advisory Boards, providing strategic and governance oversight to Crown’s operating partners and management team. Stephan holds a Bachelor of Science (Honours) from the Faculty of Applied Science at Queen’s University and is a Professional Engineer.

Stephan was formerly Vice President, Real Estate and Mortgages of Crown Life Insurance Company,
managing over $2.5B in assets in North America. 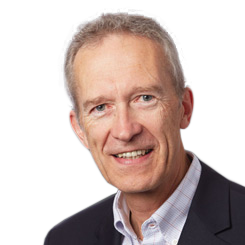 As a partner of Crown, Alan served as Chief Financial Officer until 2016 and was responsible for corporate governance, investor reporting and the financial administration of the firm and its related entities. As a member of Crown’s Executive Advisory Board, Alan was instrumental in guiding the company’s strategic initiatives and providing ongoing corporate direction. Alan holds a Bachelor of Commerce (Honours) (Gold Medalist) from Memorial University of Newfoundland and is a Chartered Professional Accountant and a Chartered Accountant.

Alan was formerly the Senior Vice President, CFO and Corporate Secretary at Crown Life Insurance Company. Active in the areas of finance and corporate governance, Alan currently serves as a Director and Chair of Crown Capital Partners Inc. (TSX:CRWN). He was also a director of Canadian Western Bank (TSX:CWB) from 1996 to 2020, and has served as a director of several private companies. 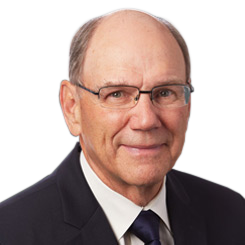 As a partner of Crown and a member of Crown’s Executive Advisory Board and Compensation Committee, Brian provided advice on strategy and governance. Brian holds a Bachelor of Commerce from the University of Manitoba (Gold Medalist), a Master of Business administration from the University of Pennsylvania (Wharton) and a Chartered Financial Analyst (CFA) designation. Brian was a member of Crown’s Executive Advisory Board where he provided the Crown Management Team leadership on corporate governance and strategic direction.

Brian was the former President and CEO of Crown Life Insurance Company and served as a Director on a variety of Boards until 2020.

Fine-tuning every aspect of leasing and operations to realize untapped potential.

Responsibly delivering value for investors, tenants and the communities in which we operate.

Co-investing to ensure Crown’s interests are closely aligned with those of our investors.

Delivering the services and amenities that businesses and their employees value most. 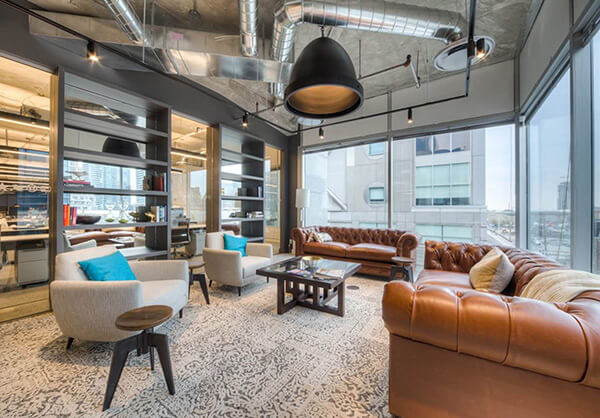 Investment Savvy
At Crown, we specialize in identifying undervalued real estate assets and optimizing every detail of operations to maximize their potential. With our reputation and long-standing relationships, Crown often gains early access to opportunities. To this we add our rigorous due diligence methodology. Once the decision is made to acquire an asset, we establish debt and equity financing solutions to maximize investor returns and minimize risk. From re-zoning and redevelopment to property branding and parking operations, no consideration is too small…or too big. 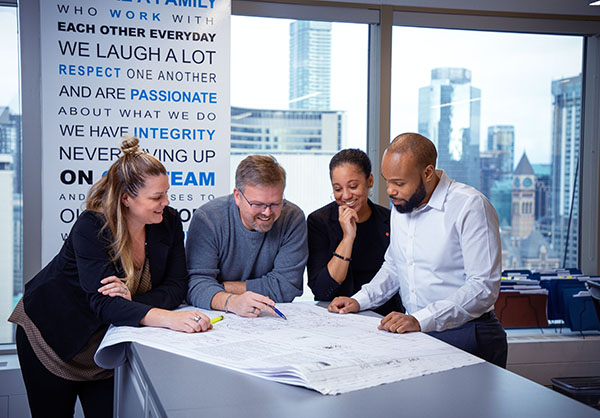 Dedicated Asset Management
A Crown building is an actively managed one. We work tirelessly to elevate each asset’s profile. For each property, a multi-disciplinary team of Crown professionals with expertise in investing, asset management, property management, construction and leasing develop a comprehensive strategic plan to deliver the best experience for our tenants and achieve higher performance for our investors. 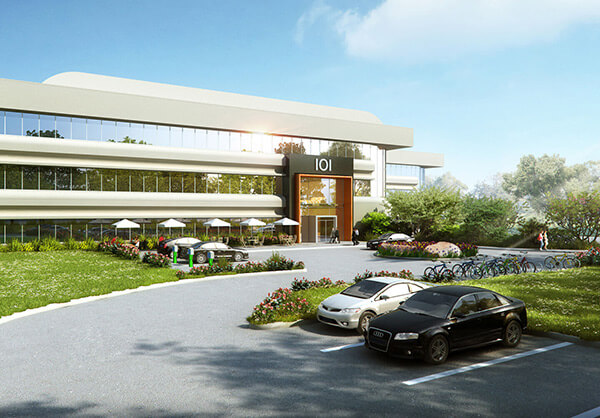 Taking the Lead on Leasing
We actively seek the best and brightest organizations as tenants who are looking to unleash their potential. Our leasing team is experienced at matching tenants needs with property offerings, helping to unlock efficiency and productivity to maximize each tenant’s business potential.

Relocating to a Crown building is easy. Through a seamless leasing process, a variety of construction options and the creative structuring of lease terms, Crown is able to attract and retain a unique roster of businesses within its portfolio. 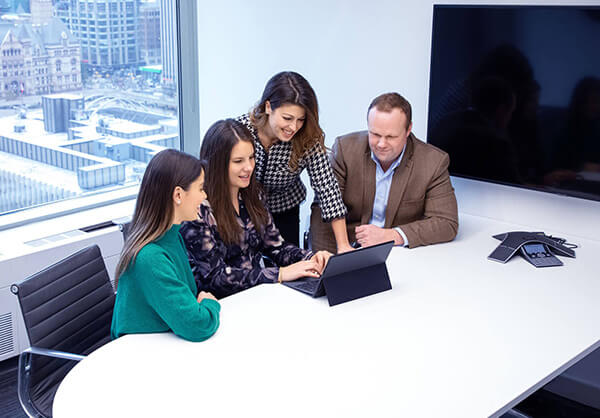 Tenant Focused Property Management
We strive to be the manager of choice for tenants. By understanding what high performing businesses and their employees value, we deliver the details that businesses appreciate most from welcoming lobbies, to on-site amenities (including concierge services, fitness clubs and shared meeting spaces), to shuttle buses and initiatives that benefit the well being of occupants. The customer and client experience is our priority. Our in-house construction management team can facilitate any fit-out, partnering with our tenants to create customized workplace solutions that suit each organization’s needs.