We’ve partnered with HelloArt to create Crown’s Art Rotation Program which aids in connecting local artists in our community.  Working with both emerging and established artists who share our mutual commitments to strengthen our social bonds, the program aims to present visual art of all mediums, by artists of all cultures, and in varying techniques and styles.

For the month of September, we are proud to be featuring the works of Indigenous artist Quinn Hopkins at 10 & 20 Carlson Court, Etobicoke.  His artwork is inspired by new, innovative technologies – connecting them with the land and his roots as an Anishinaabe person. He utilizes techniques such as 3D modeling, digital drawing, editing, creative coding and machine learning as he collaborates with the computer to research, design and create his artworks. His interests are focused on developing new ways to visualize the spirit of the land to reveal the many truths about humanity’s relationship with the land. He is not afraid to experiment with new tools and mediums which has led him to create augmented reality art, virtual reality art and non-fungible token art in the past year; that attracted national attention from the media. Hopkins has appeared on CBC The National and Breakfast Television, as well as featured in an article on CBC Indigenous. As a student at OCAD University, Hopkins is young and enthusiastic about his art’s ability to inspire action. He is using his resources to build a more equitable space for Indigenous artists in NFT spaces, advocating for Indigenous Sovereignty and decolonization.

Hopkins’ artwork can be seen below. 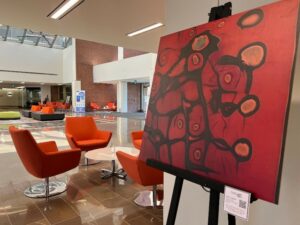 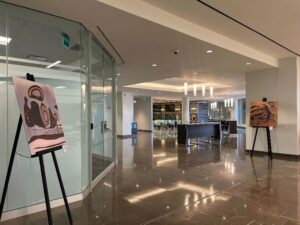 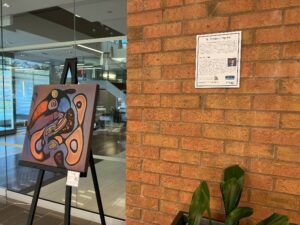 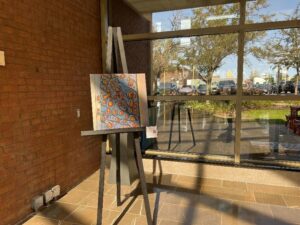 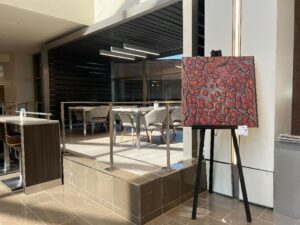 Crown’s Art Rotation Program is also up at Dundas Edward Centre and 901 King W, where local artist Robin Potter is featured. Robin is an abstract artist from Toronto whose exhibit will be on display until November. 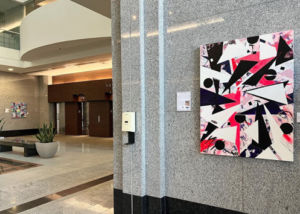 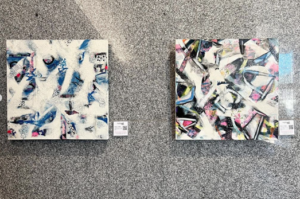 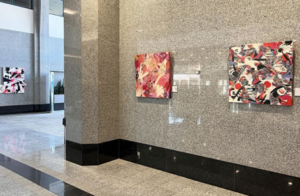