The approach at 400 University has received praise as a transformation to a ‘best in class’ building that now boasts BOMA BEST and LEED Gold Certifications, ENERGY STAR certification and status as an inaugural race2reduce CREST award winner. To get a better understanding of the building’s turnaround strategy and execution, we spoke with Emily Hanna, Partner, Investments at Crown Realty Partners.

Crown purchased the building in December 2010 within its second value add fund, Crown Realty II Limited Partnership. At that time, there was a significant amount of space leased to a lead tenant, Zurich Insurance, and there was a risk of the tenant departing. The property was built in 1967 and was in need of the typical end-of-life repairs and maintenance. It also had single-pane windows, a leaky curtain wall, out-dated lobby, common areas, washrooms and corridors.

After learning the 45-year anchor, Zurich Insurance, would vacate the top six floors (140k SF) in 2014, Crown mounted a full-scale makeover of the property in conjunction with a leasing and marketing plan. All the tower’s old, inefficient, single-pane windows were replaced with double-pane clear glass, all while the building remained fully tenanted.

We also renovated the lobby with a retro-feel, playing off of the modernist vibe of the building, retrofit/upgraded the chillers and boilers, installed new elevator cabs and building automation system, upgraded washrooms and corridors and initiated a complete LED lighting retrofit.

The extensive capital program assisted with the leasing program—keeping in mind what today’s tenants demand. A big factor that comes into play is sustainable, healthy, efficient environments. We also had to execute this plan while the existing tenants remained in occupancy—which was an operational challenge.

For a typical asset acquired within any of our value-add funds, our hold period is approximately 5years. In the case of 400 University, once the asset was stabilized and all the work was completed, the existing investors with an allocation for core product decided to create a longer-term vehicle so they could retain the asset. Now that the existing owners have longer-run investment objectives for the asset, our operations and sustainability teams have been able to take it to the next level in terms of peak performance and efficiency.

The asset has achieved LEED Gold certification, BOMA BESt Gold certification and Energy Star for Commercial Buildings certification. Typically, during the relatively shorter-term investment horizon of our funds, we undertake higher impact repositioning projects and are only able to initiate those operational changes and smaller scale projects that will ultimately lead to long term efficiency.

The most exciting part of 400 University Avenue is that now, with its longer-term investment objective, the teams can follow-through and monitor the fruits of their initial labour and they’ve realized first-hand the impact of those changes and continue to build on them.

This infrared photo of the west elevation shows pre and post retrofit of the windows, during the winter months. The new windows have been installed on the drops to the left and right, but not on the center. Surface temperatures an the new windows are fairly consistent around -10◦ C, while the old, single pane windows range from -7 to +5◦ C. The outside surface temperature of the new windows is lower because less heat is being conducted through the window to the exterior.

We are constrained by the investment horizon and so we must prioritize those projects that can have the most significant change/impact on the leasing and operations of the building in the immediate term. In this case, these included recladding and window replacement programs.

HVAC retrofits and LED lighting replacement projects are also typical projects that Crown might undertake upon acquisition. Other projects, such as solar panel installation and green roof retrofits might not be as viable for the investment horizon of our fund as the payback typically extends far beyond and as a result, such projects are best retained as “icing on the cake” for future buyers of our assets.

Tenant engagement is something Crown takes very seriously. Crown’s construction and operations teams are professional and experienced at managing large scale repositioning projects while also ensuring existing tenants’ needs are met. We don’t have the luxury of having vacant buildings when we launch many of our projects so our general managers need to continue to keep those tenants, their employees and their clients happy, accommodating their needs, all while contractors and trades move in and out of the building.

Regular communication and meetings with tenants is necessary. In the case of 400 University, the curtain wall was replaced while tenants were still occupying space. Windows were placed from the outside and the old windows were “popped out” in the evenings to minimise the disruption. Literally, overnight, the view from a tenant’s space was transformed! 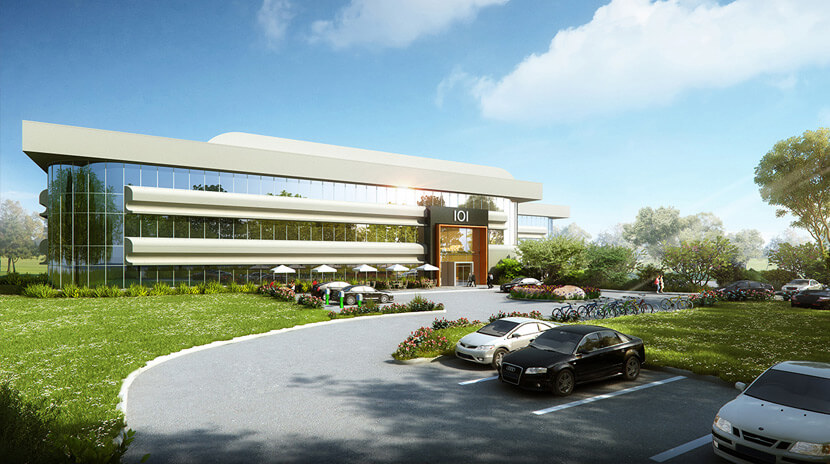 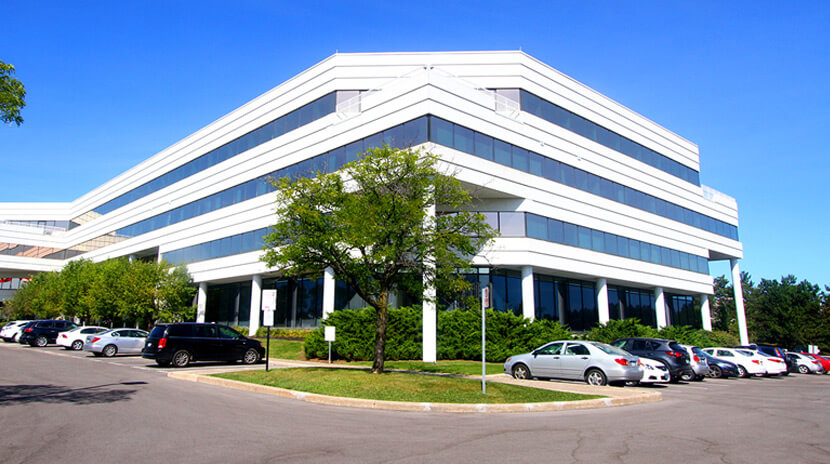